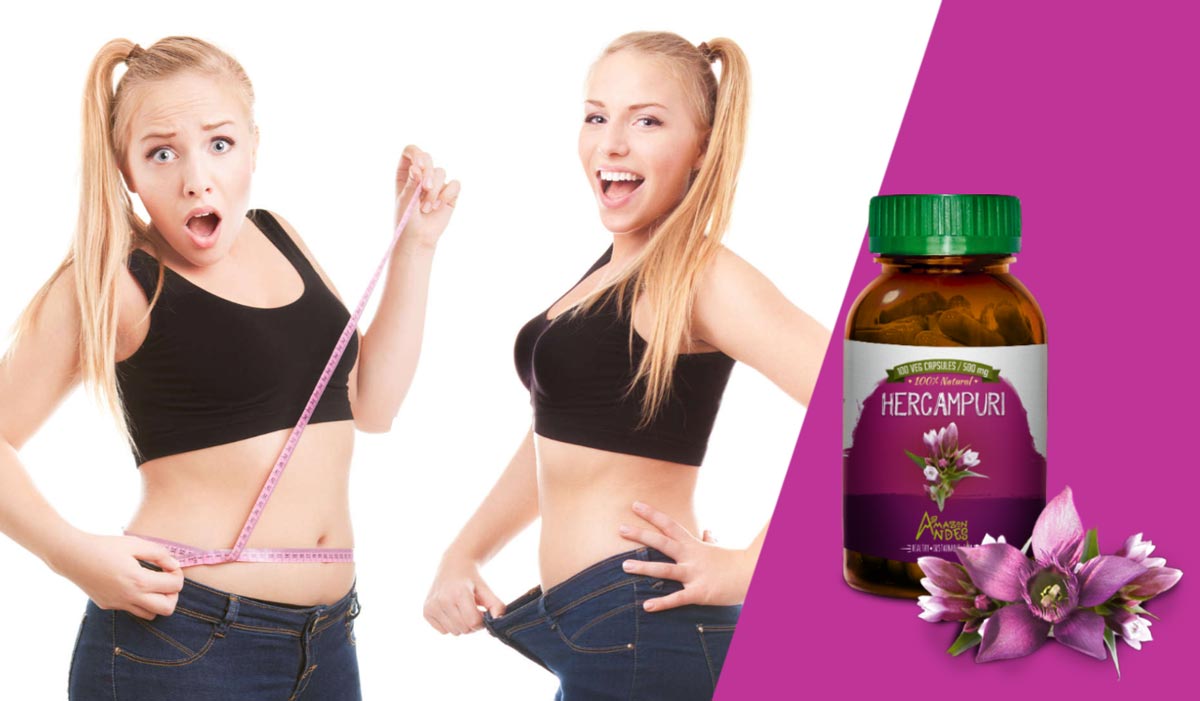 Its scientific name is Gentianella alborosea (Gilg.) Fabris. Hercampuri is a plant native to Peru, it grows in the Alto Andina region, in Las Punas, from 3,500 to 4,300 masl, in Puno, Cusco, Cerro de Paseo, Huánuco, Junín , Ayacucho, Ancash, Amazonas, Cajamarca.
It is one of the medicinal plants traditionally used by the Ese’ejas of the department of Madre de Dios in Peru.

Plant widely used by the Incas to combat fevers (possibly malarial) and relieve stomach pain, also used to reduce obesity. It is also used as a blood purifier, in inflammations of the liver, as a stimulant of biliary secretion, these uses validated by the phytochemical and clinical studies that are carried out.

ANTI-OBESITY, DECREASES THE LEVELS OF CHOLESTEROL AND STIMULANT OF THE BILIARY SECRETION:

It is used to reduce body weight and cholesterol, acting as hypocholesterolemic and against obesity (Acero N. et al., 2006; Mitsunaga T. et al., 2004; Bussmann R. et al., 2008).
The active substances and the mechanism of action of the hypocholesterolemic activity of Hercampuri are still not known with certainty. It is believed that its effects are due to the large number of bitter principles that the plant contains, which would stimulate the secretion of bile acids and as a consequence of this, cholesterol levels would be decreased when it was removed and then transformed into bile acids.

The Hercampuri methanolic extract obtained from the whole pulverized plant, evidenced the apoptotic effect (cell sample caused by the same organism) in HeLa cells (cell line of cancer of the human uterus), it can be concluded that the Hercampuri methanolic extract induces the apoptosis in cancer cells in the uterus.
The Hercampuri extract also shows moderate but remarkable free radical scavenging activity. The estimation of the ability of this activity through the DPPH assay provides preliminary information about the antioxidant activity of the extract and base for subsequent isolation procedures (Acero N. et al., 2006).

In another study, the aqueous and ethanolic extract of the whole dried plant of Gentianella alborosea (Gilg.) Fabris was shown to have promising antibacterial properties against acne and possible anti-inflammatory activity.
They were tested with the ethanolic and aqueous extracts of the plant; the ethanolic extract and the aqueous extract were obtained by macerating the plant in ethanol for seven days and in water for 24 hours, respectively.
The antibacterial activity of the plant was determined according to the agar diffusion method, a strong inhibition for Staphylococcus aureus was observed, showing its antimicrobial properties. This strong activity against S. aureus would explain its efficacy in the traditional treatment of acne, although the mechanism of action is unknown (Bussmann R., 2008).

Pharmacological studies carried out in hercampuri conclude that the cooking (in distilled water) of the entire pulverized plant in doses of 18, 36 and 54 mg / kg showed a diuretic effect, being corroborated by the histopathological study of the renal tissue where the tubule and glomerulus showed to have been affected (Rojas L., 1999).

The aqueous extract from the roots and / or leaves of hercampuri could stop neuronal apoptosis (self-destruction of neurons) caused by Alzheimer’s disease. Then, hercampuri extract could be considered to prevent and stop the progression of the disease as it would be used for the treatment of Alzheimer’s disease.

It is recommended to consume 1 to 2 capsules per day, after food and with plenty of water.

According to ethnobotanical information from this same community, they suggest the probable safety of the G. Alborosea infusion. For this study, the infusions of the pulverized dry plant were prepared by adding boiled water, standing for 20 min and then filtered.
Studies were made in mice to test the toxicity administered orally from which it was deduced that the LD50 would be over 3,000 mg / kg of weight, because this was the maximum concentration that could be achieved without observing any alteration neither in the behavior or appearance of animals (Rojas L., 1999).
Due to its slimming properties, it is not recommended to take it in pregnant women and people with a low weight. 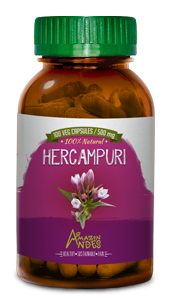