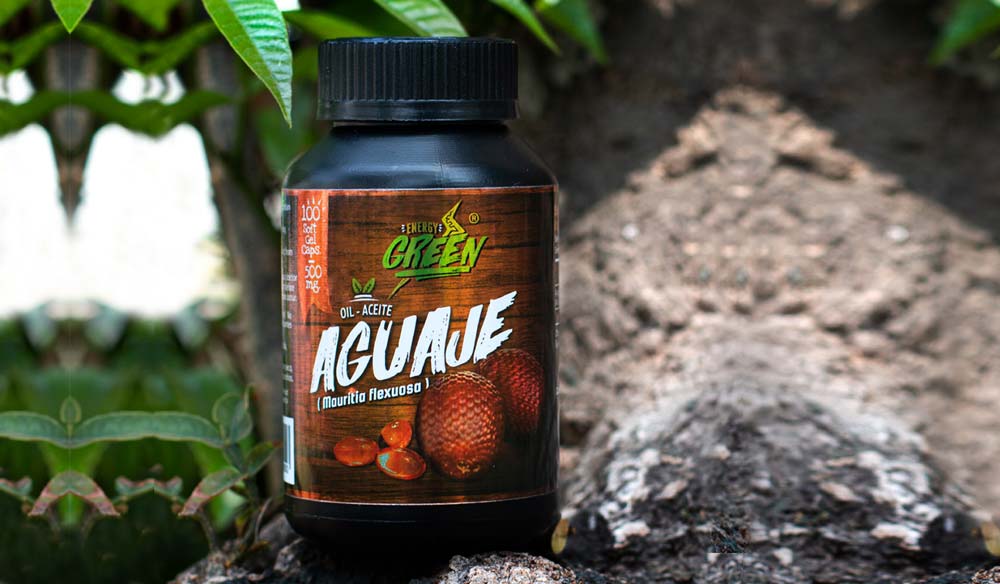 Aguaje (scientific name Mauritia flexuosa) is a native palm with wide distribution in South America, in the Amazon region. The succession of this palm tree includes, from the eastern Andes, Colombia, Venezuela, Guyana, Ecuador, Peru, Bolivia and Brazil: in the states of the North, Northeast, Southeast and Central West. It occupies open and floodable areas, close to those of dense forests, it is found in manchales or “aguajales”, where they can reach up to 40 m in height, although specimens from 20 to 25 m predominate.

Aguaje oil has as potential source vitamins such as beta-carotene (vitamin A), tocopherols (Vitamin E) and ascorbic acid (Vitamin C), minerals, is rich in phytoestrogens, and has a high content of monounsaturated fatty acids, especially oleic acid.

Aguaje has many properties; This is used from the root to its leaves. It is customary to consume the fresh and freshly cut pulp of the tree. It is also prepared as a refreshing drink, as a natural flavoring for juices or to add an exotic touch to salads and traditional dishes. Peasants and indigenous people extract oil from the mesocarp of the ripe fruit through simple processes. They use it to relieve the symptoms of menopause and as a purifier.

BENEFITS OF
AGUAJE OIL AS FOOD

The aguaje oil helps neutralize free radicals (causing conditions such as cardiovascular diseases, diabetes, etc.) present in the blood, acting as oxygen scavengers and not showing toxic side effects.

The aguaje has a high content of phytoestrogen, which is why many attribute to the aguaje the beauty and exuberance of women in the Amazon jungle, improve climacteric symptoms and reduce the risk of some diseases that appear in women from the age of 50 years.

The oil extracted from Mauritia flexuosa has a protective effect on platelet activation and thrombosis formation. It inhibits the growth of the thrombus at the same concentration as aspirin.

Researchers have focused on the health implications to demonstrate its value in treating neurodegenerative, vascular, and muscle disorders and diseases. Energy metabolization and the production of reactive oxygen species appear to help many neurodegenerative disorders and improve the brain’s ability to survive the physical and metabolic trauma associated with these conditions.

The high content of monounsaturated fatty acids in the oil favors the increase of good cholesterol (HDL), cleaning accumulation of LDL cholesterol in the arteries.

Studies indicate that due to the high amounts of vitamin A, it fights malnutrition in children, being essential for food.

Due to its beta-carotene content, which is a precursor of vitamin A. It also helps the immune system to function properly due to the content of vitamin C, vitamin E and carotenoids that have great antioxidant and immune-promoting activity.

To date, no studies have been carried out on the possible toxic effects of aguaje, since it is a fruit of ancient consumption in the Amazon that corroborates its safe consumption, however, it is known that phytoestrogens in general can inhibit tyrosine receptors. kinase, thus antagonizing the effects of insulin on insulin dependent tissues. With a possible appearance of resistance to the action of insulin.

It is highly valued by Amazonian settlers. The fresh fruit is consumed directly and in greater quantities as juice. It is considered a fruit of great vitamin content, in addition women use it as a reliever of menopausal symptoms.

It is recommended to consume 3 capsules of aguaje oil during the day. 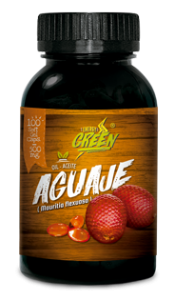 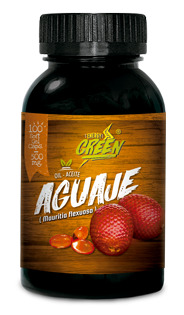