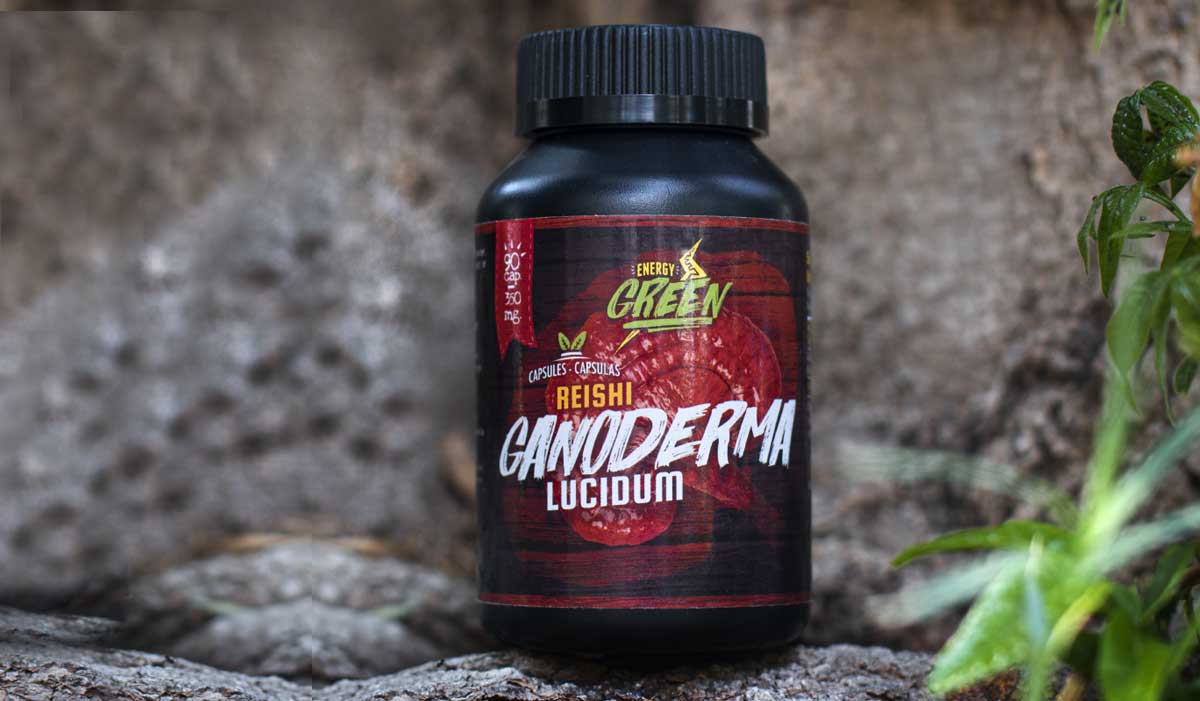 ORIGIN OF
THE GANODERMA OR REISHI

The history of Ganoderma lucidum as a food supplement has been extensively documented in the oldest Chinese pharmacopoeia, “Shen Nong’s Herbal Classic.” It is known by the name of Lingzhi in China and Reishi in Japan. It is an herbal mushroom to which unique properties are attributed. It is found in nature in plum trees; however, it is extremely rare and almost impossible to find in this way.

G. lucidum has a complex chemical composition, however, from a phytochemical point of view the principles responsible for its pharmacological properties can be grouped into ergosterols, triterpenoids and polysaccharides. More than 80 terpenic derivatives have been isolated, highlighting the so-called ganderolic acids, ganoderiols, ganolucidic acids, lucidénicos acids and lanosterols. In addition, different polysaccharides have been described in the species, such as the so-called PL-1 and PL-2 heteroglycan, and PL-3 homoglycan and also proteins, lectins and analogues of adenosine.

From its functional properties it is considered a homemade supplement of traditional use for the treatment of various diseases, such as hepatitis, hypertension, hypercholesterolemia, liver disease, arthritis, bronchitis and cancer. It has been used in traditional Chinese medicine for the stimulation of vitality and longevity. It has recently been used in the treatment of weakness, insomnia, gastric ulcers, immune disorders, diabetes, cardiovascular diseases, and others.

Reishi’s polysaccharides help decrease the production of free radicals, which is considered a major factor in the human aging process. The superoxide dismutase present helps support our body throughout the aging process.

A marked immune modulating effect was reported with an increase in T lymphocytes, including T helpers, as well as a decrease in CD8, in patients whose immunological parameters were initially compromised. It was also reported to decrease side effects due to chemotherapy, improved recovery of the postoperative patient compared to controls was observed.

Reishi has been shown to have antineoplastic activity due to its immunostimulatory properties. Specific effects include an increase in monocytes, macrophages, and T lymphocytes. In addition, there is also an increased production of cytokine, interleukin, tumor necrosis factor, and interferon.

It has been shown to increase cardiac contractility, lower blood pressure, and increase resistance to hypoxia in the heart muscles.

It has a broad spectrum of antibacterial activity and inhibits the growth of E. coli, B. dysenteriae, Pseudomonas spp., Pneumococci, streptococci (type A), staphylococci, and others.

Compounds that contribute to antiallergic activity have been identified as the four ganoderic-triterpene acids, that is, Ganoderics A, B, C, and D. These ganoderic acids help suppress histamine release from cells.

Studies in rats previously damaged, indicated to be a powerful antioxidant power against the damage produced by lipid peroxidation originated in the kidneys and in the liver.

No side effects have been reported in the available literature and in clinical studies. However, sensitive people may experience certain detox symptoms such as mild digestive upsets, dizziness, bone pain, and skin rashes during the initial intake period.
This is due to the excretion of toxic substances accumulated from modern daily meals and the vigorous activities of the body’s metabolism, but don’t worry, these first discomforts last only a short time.

For centuries, in traditional Asian culture, Reishi has been known as a cardiotonic herb and has been routinely prescribed for all people with symptoms of tight or sore chest, agina related coronary artery disease.

Effective dose has to be between 1.5 to 3 grams of powder a day or take 3 capsules a day accompanied with food. 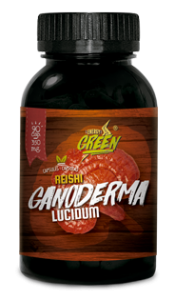 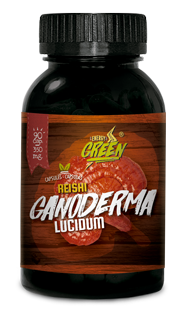