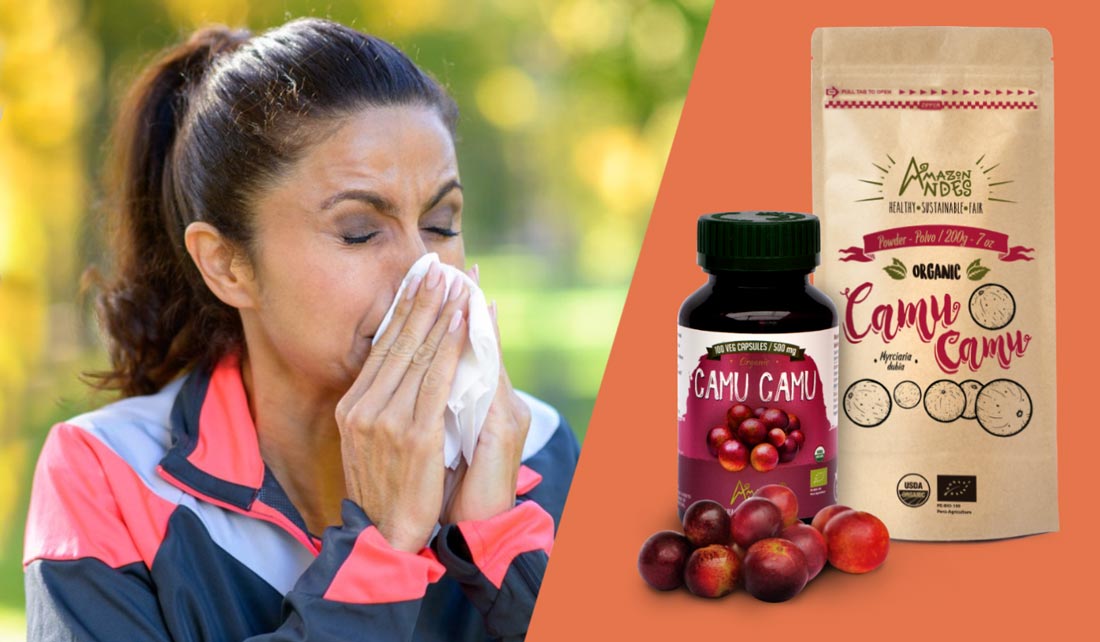 It is a shrubby riparian plant from the black water rivers of the Peruvian Amazon, although it is also found in areas with clear waters. The germplasm collection carried out by INIA in Peru indicates that the highest concentrations of natural populations are found in the Amazon and Ucayali rivers (between the towns of Pucallpa and Iquitos).
Camu camu is an Amazonian fruit that has traditionally been used to strengthen the immune system due to its antioxidant, phytochemical, macronutrient and micronutrient components such as proteins, amino acids, vitamins, minerals. Having an amazing amount of health benefits.
Camu camu due to its vitamin C content (30 times more than lemon and other citrus) has a great antioxidant capacity, supported by scientific research such as a study in Japan where a group of men with oxidative stress problems consumed camu camu for 7 days and had satisfactory results.
Being a good antioxidant, it protects cells from over-oxidation, resulting in strengthening our immune system by increasing and strengthening our white blood cells, making the immune response more effective in terms of viral and bacterial infections. That is why, studies show that it shortens the duration of colds and relieves symptoms, in addition to reducing their incidence.
It is important to strengthen health in order to prevent viral diseases.

It is used as traditional medicine among indigenous people of the Amazon. Camu camu has become popular in Peru and Brazil as a juice and ingredient for making lollipops, ice creams and beverages. It has a great antioxidant power, it also has as a potential area the cosmetic use as a skin whitening agent.

Camu camu is a potential source of vitamin C, which is mainly concentrated in the peel of the fruit in a ripening state: mature and over-ripe (Imán et al., 2011). It contains approximately 2407.45 mg / 100 g.

This Amazon fruit is an important source of nutritional antioxidants, vitamins C and β-carotene. They influence cellular activity, physiological mechanisms and reduce the risk of chronic diseases.

There are several studies that demonstrate the great antimicrobial effect of camu camu, in 2010 a Japanese research group studied the antimicrobial activity of seeds and husks, residues of camu camu juice, evidencing that the seed extracts showed an inhibitory effect. against Staphylococcus aureus at a range of 2.7 mm (zone of inhibition), with a concentration of 5.0 mg / ml; while the shell extract showed a greater effect at the same concentration, giving a zone of inhibition of 3.1 mm (Myoda et al., 2010).
Castillo (2013) demonstrated the inhibitory effect of camu camu against Staphylococcus aureus and Candida albicans, pathogenic microorganisms responsible for various infection conditions.

The high content of vitamin C, favors the formation of collagen, a protein that supports many body structures, responsible for the formation and strengthening of bones, muscles, tendons, ligaments, teeth, gums, connective tissues and blood vessels (Akter et al. , 2011)
Phenolic compounds such as elagitannins, ellagic acid, quercetin glycosides, syringic acid and myricetin have been detected within its composition (Fujita et al., 2015; Schmidt et al., 2010). This fruit at the same time has shown potential for food applications due to its high content of ascorbic acid.

Obesity is characterized by a generalized increase in adipose tissue, high production of adipocytokines, and the presence of systemic oxidative stress (Gutiérrez et al., 2015). A study conducted in 2013 reveals that camu camu has an action against obesity through experimentation based on ingesting camu camu pulp in rats with induced obesity.
After 12 weeks, the animals were sacrificed and the results indicated that those who received camu camu pulp reduced their weight, fat in adipose tissues, glucose, total cholesterol, triglycerides, and insulin blood levels. This suggests that this Amazon fruit can be used as a functional food related to the control of chronic diseases related to obesity (Nascimento et al., 2013).

An investigation was carried out in 2011 with the seeds of camu camu, where the extract of the seeds of Myrciaria dubia, was induced in the hind leg with edema of the mice to evaluate their anti-inflammatory activity. The extract significantly suppressed the formation of edema in mice and the swelling of the inflammation decreased markedly. These findings suggest that camu camu seed extract is a potentially useful material, being considered a functional food for its anti-inflammatory effects and for the prevention of immunity-related diseases (Yazawa et al., 2011).

Camu camu has properties for the prevention of type 2 diabetes due to anthocyanins (Soriano and Pastore, 2012) and the rich phenolic profiles it has, such as quercetin, myricetin, glycosides, ellagic acid, and elagitanines (Azevêdo et al ., 2014; Fujita et al., 2015)
A study in mice, who were induced with diabetes, observed significantly lower plasma glucose levels in the diabetic group treated with 3 g / kg of camu camu extract compared to controls, which means that there is potential and future research for the treatment of diabetes based on camu camu should be continued, especially in early stages of the disease (Schmidt et al., 2014).

Studies show an effective power of camu camu against cardiovascular diseases and its lipid-lowering effect, in other words, the property that this fruit has to lower lipid levels in the blood and therefore counteract diseases such as atherosclerosis, heart disease, stroke and hypertension and dyslipidemia, which manifests itself with extraordinary amounts of cholesterol and triglycerides in the blood (Schwertzi et al., 2012).

HOW TO USE?
RECOMMENDED USE

Consume 2 to 3 capsules per day, before or during food. Powdered, 5 g a day, in juices, drinks, water or with meals.

When consumed for years by the Amazonian tribes of our country, no adverse effects or contraindications were found during its consumption. 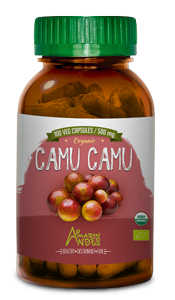 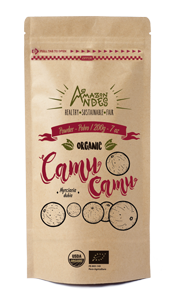