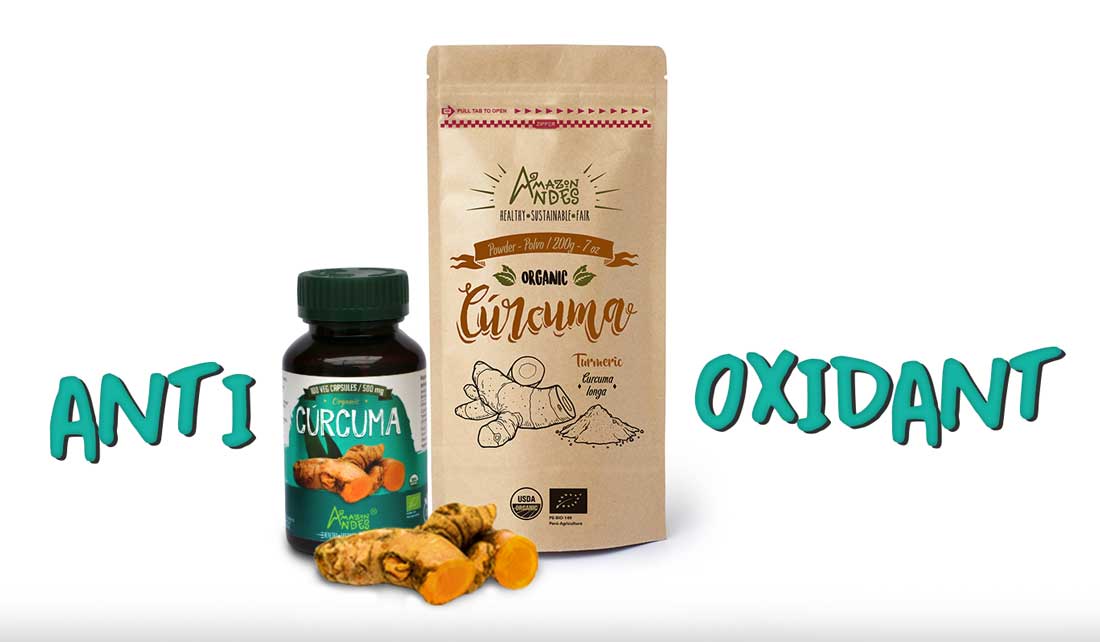 Its scientific name is Curcuma longa L. It is a plant of the Family Zingiberaceae (same kion family) originating from Southeast Asia. It is known worldwide as an aromatic spice, used in Asian gastronomy to give a touch of color and spicy flavor to dishes. The properties of turmeric were first used in India between 610 BC. C. and 320 a. C. At that time it was used as a dye for wool. Throughout history, turmeric was also used in the food and textile industry, discovering its excellent medicinal and therapeutic properties, which were transmitted from generation to generation.
It is mainly cultivated in China, India, Indonesia, Jamaica and Peru. In the high jungle it grows with greater profusion due to the fertility of the soil, the rhizomes are larger and have a higher content of turmeric acid.
The phytochemical compounds present in its characteristic orange rhizome, curcuminoids, give this plant important beneficial properties.

Traditionally it is used as a textile dye and also as a condiment in foods, to give it a slightly spicy flavor and yellowish color, however with recent discoveries turmeric has reached a leading level in health, as research shows that curcumin, Turmeric’s main polyphenol, has anti-inflammatory, antioxidant, cholagogue effects (stimulates the production and expulsion of bile), antiseptics, adaptogens (favors cell adoption in the face of environmental stresses), analgesics, hepatoprotectors, antihyperlipidemics (lowers cholesterol and triglycerides).

COMBATS ARTHRITIS AND PAIN IN THE BONES:

In numerous studies, both turmeric extract and diclofenac sodium were found to be able to significantly decrease the secretion of the inflammatory enzyme COX-2, with almost identical potency.
But, this is not the first human study to confirm that turmeric is as effective as a drug in reducing the symptoms associated with knee osteoarthritis.
A publication in the Journal of Complementary and Alternative Medicine reports that 2,000 mg of turmeric extract was as effective as 800mg of ibuprofen in reducing symptoms of pain and inflammation.

Neurodegenerative diseases are associated with the action of free radicals, which produce significant oxidative damage.
Curcumin is a free radical scavenger several times more potent than vitamin E. In a mouse study, a modest dose of curcumin of 24 mg / kg body weight induced a significant reduction in oxidative damage; Parkinson’s disease, too, is much less in India, where more turmeric is consumed than in western countries.

AGAINST DAMAGE INDUCED BY TOBACCO AND CIGAR SMOKE:

Cigarette smoke contains thousands of compounds of which hundreds are known carcinogens, co-carcinogens, mutagens and / or tumor promoters. The blood level of antioxidants is significantly reduced in smokers, and each puff of smoke also contains ten trillion free radicals.
A recent study has shown that curcumin prevents the activation of a compound that creates the activation of genes that develop tumors in epithelial cells of the lung.

A recent study compared the effect of daily supplementation with turmeric (1 g / kg body weight) and curcumin (0.08 g / kg body weight) for three weeks, in rats with induced diabetes, compared to control rats. In this study, an improvement in blood glucose and hemoglobin levels was observed.

Arteriosclerosis requires the oxidation of low-density lipoproteins (LDL). Curcumin has a great ability to prevent lipid oxidation, stabilize cell membranes, and to inhibit the aggregation of all of them important components involved in the development of arteriosclerosis.

Curcumin, has protective effect, is able to reduce the growth of tumors and modulate associated secondary problems such as fatigue, depression or insomnia.
According to studies, curcumin induces self-destruction in various types of tumor cells, such as breast, lung, melanoma, myeloma, leukemia cell lines, human neuroblastoma cells, and prostate cancer cells.

They reduce the growth of the helicobacter pylori bacteria (it causes gastric infection, stomach ulcers and chronic gastritis). Later works showed that curcumin prevents infection and inflammation in the cells of the gastric mucosa, and antifungal properties of curcumin have also been demonstrated. against various fungi, specifically some phytopathogenic organisms.

The action of curcumin on pancreatic tissue has been studied, resulting in a marked decrease in the histological damage of the pancreas.

Dosing curcumin for 10 days resulted in a significant reduction in the histological damage caused by ulcerative colitis, inflammatory disease of the colon and rectum.

Nutritional deficiencies, especially low consumption of antioxidants, diabetes, excessive exposure to sunlight, tobacco, as well as other environmental factors are causing the increased risk of cataracts. A preventive effect of curcumin against cataracts has been demonstrated.

Curcumin has a powerful antimicrobial action, inhibiting the growth of pathogenic bacteria, viruses, and fungi (including Candida albicans, Candida kruseii, and Candida parasilosis).

HOW TO USE?
RECOMMENDED USE

It is recommended to consume 4 capsules a day, before or during food. 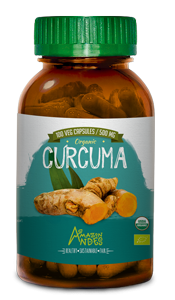 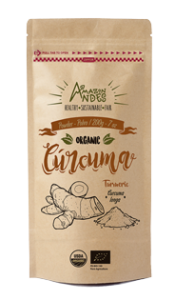 Several studies have shown the absence of toxicity, even at very high doses. It has been estimated that adults in India consume between 80-200 mg of curcumin daily and are in good health, being one of the countries with the most long-lived people in the world.
On the other hand, the most common therapeutic dose is between 400-600 mg of curcumin three times a day, which would correspond to a maximum of 60 g of fresh turmeric root or 15 g of dry extract, since the curcumin content in turmeric it is normally 4-5%.
Consumption is not recommended during pregnancy and lactation due to lack of studies. 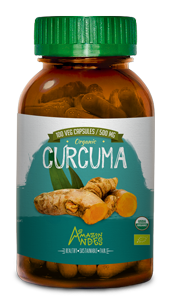 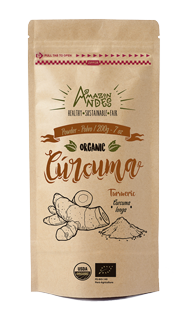