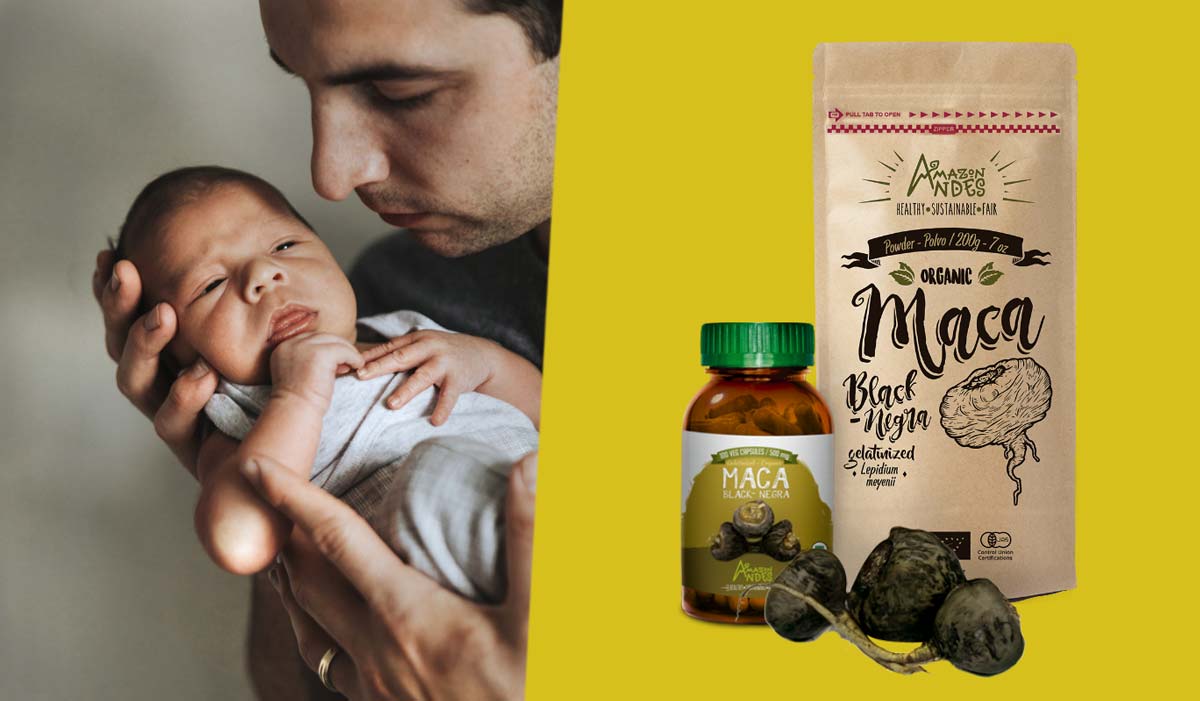 It belongs to the Brassicaceae family, with the scientific name Lepidium meyenii, it grows in the Central Andes of Peru above 4000 meters of altitude where it has been cultivated for more than 2000 years. His first descriptions appear in the chronicles of the conquest of Peru.
Up to thirteen varieties of maca ranging from white to black have been described, varieties such as black and red have been studied, which showed different properties. These differences in biological properties seem to depend on the differences in the cultivated soil, rather than on the morphotypes; however, it contrasts the fact that all the varieties are presented in the same soil.

EFFECT OF MACA ON MEMORY, DEPRESSION AND ANXIETY:

A study of the effects of maca on cognitive function evaluated the action of three varieties of maca (red, black, and yellow) on learning in ovariectomized mice using the “water search” test. This study determined that black maca has the best effect on spatial learning.
Maca, according to studies, could promote the body’s response to stressful situations. Thus, for example, the methanolic extract of maca is capable of attenuating, or eliminating, variations in homeostasis caused by stress, which suggests that maca has an adaptogenic role.

The amount of sperm increases with the consumption of black maca. The Peruvian Cayetano Heredia University has verified this in some experiments, but this property has been known since the 17th century by creole and Spanish natives.

BLACK MACA AS AN ENERGIZER:

The soluble lipid extract of yellow maca (100 mg / kg) for three weeks, increased the physical resistance, measured in terms of the time it reaches fatigue, by 41% of the control value, instead, with the hydroalcoholic extract of black maca the increase in physical resistance is greater than 500%.
In ten professional soccer players, who for 60 days received three capsules of fresh maca concentrate, with 500 mg each per day, there is an average increase of 10.3% in oxygen consumption after administration.
In conclusion, black maca highly enhances physical resistance more than yellow maca.

A study in the central Andes shows that maca consumers have lower fracture rates than those in the same area who do not consume maca, corroborating the experimental results found in animals.

The hydroalcoholic extract of black maca can reduce the blood glucose value by 50% in male rats, in which diabetes has been induced by the administration of streptozotocin. Yellow maca lowers blood glucose and increases insulin levels in streptozotocin-induced diabetic rats. Maca administered at 1% in the diet of hypertriglyceridemic animals improves the lipid profile and increases glucose tolerance.

During postmenopause there is an estrogen drop, which triggers a series of events leading to osteoporosis
Black maca, having a protective effect on organs regulated by a balance of steroid hormones, where estrogenic activity plays an important role, suggests that this variety could have a significant effect on the homeostatic balance of other functions regulated by steroid hormones, such as is bone metabolism.
In ovariectomized rats treated with maca ethanolic extracts at oral doses of 0.096 and 0.24 g of extract / kg body weight for 28 weeks, high concentrations of the maca ethanolic extract were found to prevent bone loss. Red maca and black maca, but not yellow, have an effect on osteoporosis similar to estradiol.

It is recommended to consume 3 capsules, 3 times a day along with meals. And 1-2 (5-10g) tablespoons of black maca powder daily, accompanying food.

There have been no adverse effects from the consumption of black maca and maca in general in local residents who consume maca throughout their lives. 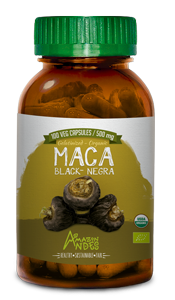 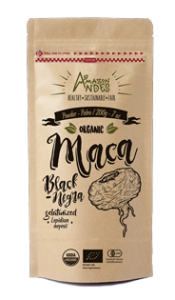 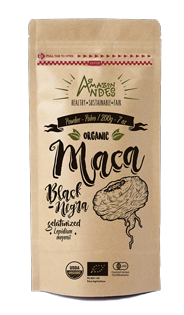