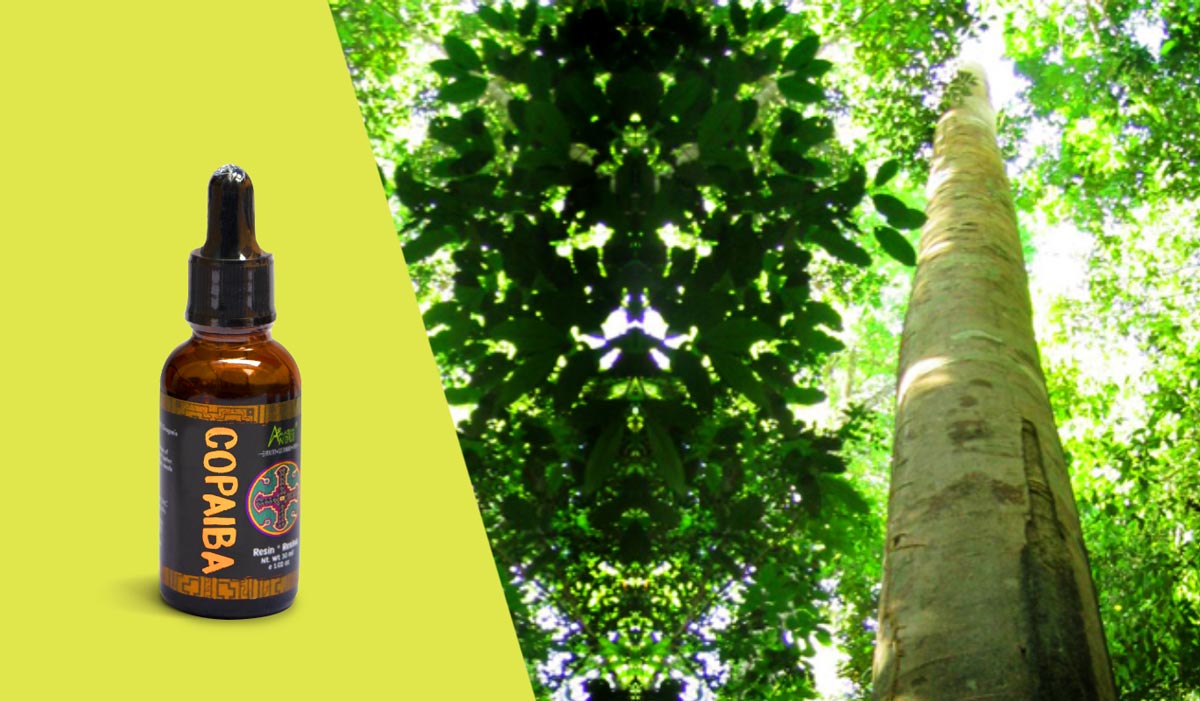 The copaifera officinalis is a tree of Amazonian origin, belonging to the family of the fabaceae. This tree can measure up to 100 feet tall and produces yellow flowers and reddish fruits, and for its various medicinal properties, it has been used throughout the years as a natural remedy to combat illnesses such as rhinitis, bronchitis, cough and flu.
Among the innumerable natural medicinal products that the native populations of the Amazon have always used, the copaiba oil is, according to Spanish and Portuguese chroniclers from the beginning of the colony, the most important of them.
The name “Copaiba” comes from the Guaraní (Cupa’y) and means “the tree that heals” (its scientific name is Copaifera paupera).

Cellular revitalizer, healing, antiseptic and anti-inflammatory. This oil (oleo-resin of the copaiba tree) is used to cure, prevent or alleviate multiple diseases. It is used for both external and internal use.
Copaiba is used to heal animal wounds and prevent the entry of worms into their organisms.

In addition to helping the immune system against microorganisms, Copaiba resins have proven to have antibiotic actions against bacteria and fungi. A study conducted at the Federal University of Juiz de Fora in Brazil showed that Copaiba resin has antifungal activity against pathogenic fungi of the skin in humans and animals. These results support clinical observations on the efficacy of Copaiba resin to treat fungal infections of the skin, nails and dandruff.

It rapidly heats external and internal wounds, anti-wrinkle effect, and helps in the healing of stomach ulcers.

MOISTURIZING AND LIGHTENING EFFECT FOR THE SKIN:

This oil has moisturizing properties for skin and an anti-wrinkle and rejuvenating effect, highly recommended for dry skin.
It shows an excellent inhibitory effect of melanogenesis, ability to promote the synthesis of collagen and activity inhibiting collagenase activity, skin-bleaching effect.

AGAINST VARICOSE VEINS AND HEMORRHOIDS:

When applied in a circular way and massaging the affected skin can provide relief for varicose veins for their healing and regenerating properties of the skin. It is also used in seat baths (dissolved in water) to combat hemorrhoids.

Due to the action of beta-caryophyllene, copaiba oil has soothing properties of the nervous system.

USED AS AN AGENT TO PREVENT AND IMPROVE GRAY HAIR:

When applied to the scalp it can activate the melanocyte of hair roots. It stimulates the production of melanin to prevent and improve gray hair, by adding an extract of the copaifera genus that includes Copaifera cearensis, Copaifera confertiflora, Copaifera coriacea and opaifera ellipitca. 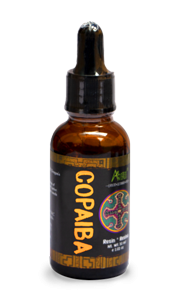 Due to its oily nature, the copal sap can accelerate the intestinal movements, causing upset stomach and diarrhea. Consumption is not recommended for children, women in gestation and who are breastfeeding. 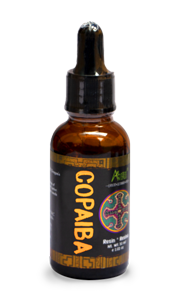