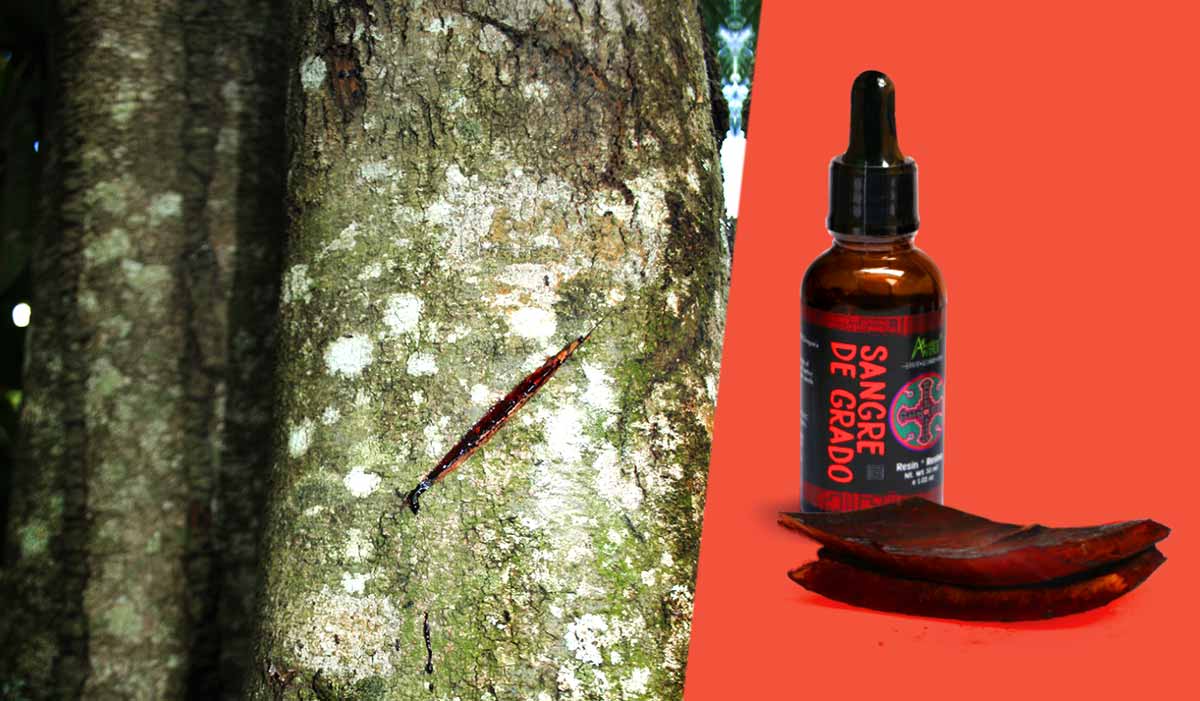 Dragon’s blood or grado’s blood resin, Croton lechleri is a product from the Amazon rainforest, used by native ethnic groups and spread in various regions of Peru, as well as in other latitudes. It is a natural product that has crossed borders as an effective natural medicine. It is known in different ways, such as grado’s blood, drago’s blood or dragon’s blood. It is used curatively for scars, applying it directly on the wound on the skin, spider bites, abrasions and blisters.
It is a small tree with leaves in the shape of a heart that grows in open areas where the sun comes. When one of its branches is cut, it secretes a red sap with a bitter taste [Coronel L. 2009]. Dragon’s blood is sold in liquid form, as it is extracted from the plant, or its bark. The sap is extracted by making cuts in a “V” or spiral with a blade and collected in a container. [Rodríguez D. 2002] It lives in areas near streams, primary and secondary forests, restingas, new farms, closed purma, young purma, and in floodplains with increasing height.

Traditionally, the dragon’s blood is used to treat acne, psoriasis, hemorrhoids, and to heal open wounds and accelerate the healing of wounds that heal slowly. Researchers from around the world have studied and confirmed the properties discovered centuries ago by the original people from the Amazon.

Studies carried out at Cayetano Heredia University, in Peru, found the active principle of Dragon’s blood and whose name is Taspina, acts by stimulating the displacement of fibroblasts (a cell type that plays a fundamental role in healing) to the site of the wound.

Scientists from countries such as Italy and Brazil demonstrated their antioxidant capacity and to inhibit some harmful effects of oxidation in tissues.
Currently, the imbalance of the antioxidant mechanisms is considered as one of the responsible for several pathological processes of the skin such as certain inflammations, cancer and premature aging.

Researchers from the University of Barcelona, in collaboration with researchers from the University of Buenos Aires, studied how the antioxidant property of dragon’s blood intervenes in the modulation of the immune system. They observed that some compounds of the resin act by stimulating the “phagocytic cells”, while others act by inhibiting them.
These cells are responsible for intercepting those microorganisms that manage to cross the first defense barrier such as the skin and give an alarm signal to the immune system on a potential attack. Another of the clinical observations and traditional uses scientifically proven is in the treatment of acne. Also, researchers from Brazil demonstrated in a controlled clinical study that the essential oil extracted from the resin is effective in reducing the surface of affected skin in people with acne. 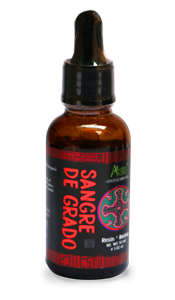 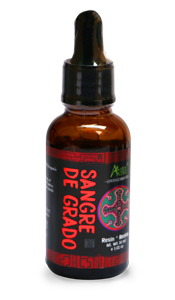