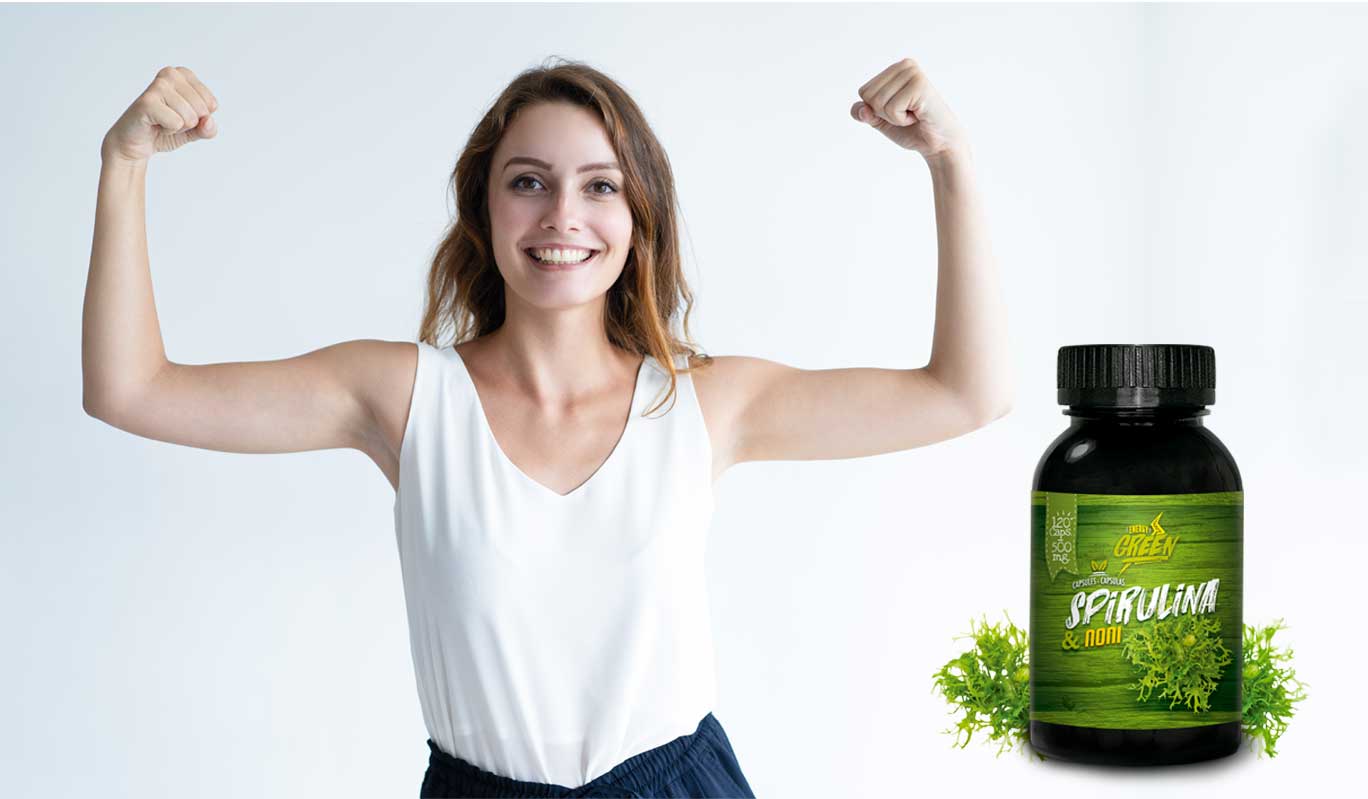 Its scientific name is Spirulina maxima, the consumption of blue-green Spirulina microalgae began in the past in different parts of the world. According to the chronicles of the Spanish conquerors, the ancient Aztecs collected them on the surface of Lake Tenochtitlán, then they were dried and sold in the city market. Aztec runners, carriers of fresh fish from the coast to the palaces of the nobility, were fed with Spirulina.
Spirulina is a microalgae that contains a high protein content, essential fatty acids, minerals and vitamins. It usually grows in the alkaline waters of Africa, Asia, South America, and Mexico.
It is consumed by athletes of Olympic level and is the food of astronauts. Sixty grams is enough to feed one person per day, with 10 grams a day you can survive.

The most widely used and best known use of this wonderful algae passed down from generation to generation is as follows:
• It increases energy in people who consume it regularly.
• Food with great nutritional content
• They offer antioxidant components and therefore anti-aging.
• Increases endurance for physical activities in athletes.
• Antiviral
• Anti-inflammatory
• Improves the resistance of the immune system
• Increases strength and endurance
• It contains essential amino acids for the development of the organism.
• Recommended for people suffering from anemia.
• Improves appetite
• Reduces premenstrual syndromes.

Many of its properties are a consequence of the presence of pigments such as phycobiliproteins and carotenoids, as well as other compounds such as polysaccharides, fatty acids (highlighting gamma linoleic acid), proteins, vitamins and minerals. The properties and applications of this organism make it a “health promoting” or “nutraceutical” food.

Several of the properties mentioned are due to some of the constituents of Spirulina, among which the ins-3 and ω-6 polyunsaturated fatty acids, β-carotene, α-tocopherol, phycocyanin, phenolic compounds and a recently isolated complex stand out. Ca-Spirulan (Ca-SP) that has antiviral activity (Chamorro et al., 2002).

By containing β-carotene it is a common constituent of the carotenoid fraction of spirulina and other algae, being in higher concentration in green algae. This compound increases the immune response in animals and in humans and animals is converted to retinol (vitamin A). The protection of cells and, consequently, other diseases, has been attributed to their antioxidant activity, one of the main being the carotenoids involved in the defense system against free radicals (Chamorro et al., 2002).

HELPS A GOOD FUNCTIONING OF THE LIVER:

By containing phycobiliproteins it has a liver protection function; significant decrease in edema and positive results in the treatment of colitis (stomach pain and diarrhea)

REDUCES CHOLESTEROL IN THE BLOOD:

Among the sources that contain GLA, spirulina is the one that contains the highest concentration (Cohen, 1997). GLA is a precursor to some prostaglandins and reduces the amount of cholesterol in the blood to some extent (Sánchez et al., 2003), making it an alternative in the management of cardiovascular diseases and weight control.
It is thought to have positive effects on Parkinson’s and multiple sclerosis (Cohen, 1997), as well as on cell growth, on the synthesis of the cell membrane (Sasson, 1997).

The high protein content of spirulina makes it a highly nutritious food, in addition to containing essential amino acids and its aminogram is very similar to that of egg yolk.
The proteins present in this cyanobacterium are easily digested and metabolized, thus helping to treat malnutrition.

As for vitamins, it should be noted that Spirulina is a rich source of them, especially provitamin A and vitamin B12, the first important in the prevention of eye diseases and the second of great value for the treatment of pernicious anemia .
Finally, one of the minerals that has been given the most attention and that is found in spirulina is iron, it is necessary in the treatment of hypoferric anemia since it absorbs 60% more than ferrous sulfate and other supplements. (Sánchez et al., 2003).

It is recommended to consume 4 capsules per day, during the meal. 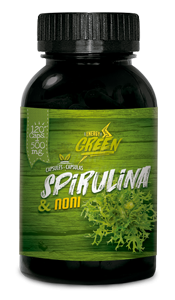 After having been consumed for years by local residents, no manuscripts were found that reported harmful effects of its intake.

• Spirulina and its lipid-lowering and antioxidant effect in humans: a systematic review
• Superfood for a world in crisis: Spirulina at low cost
• EFFECT OF SPIRULINA ON THE MANAGEMENT OF METABOLIC ALTERATIONS RELATED TO OBESITY. SYSTEMATIC REVIEW.
• TRADITIONAL AND CURRENT USE OF Spirulina sp. 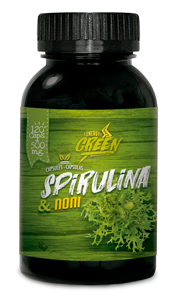