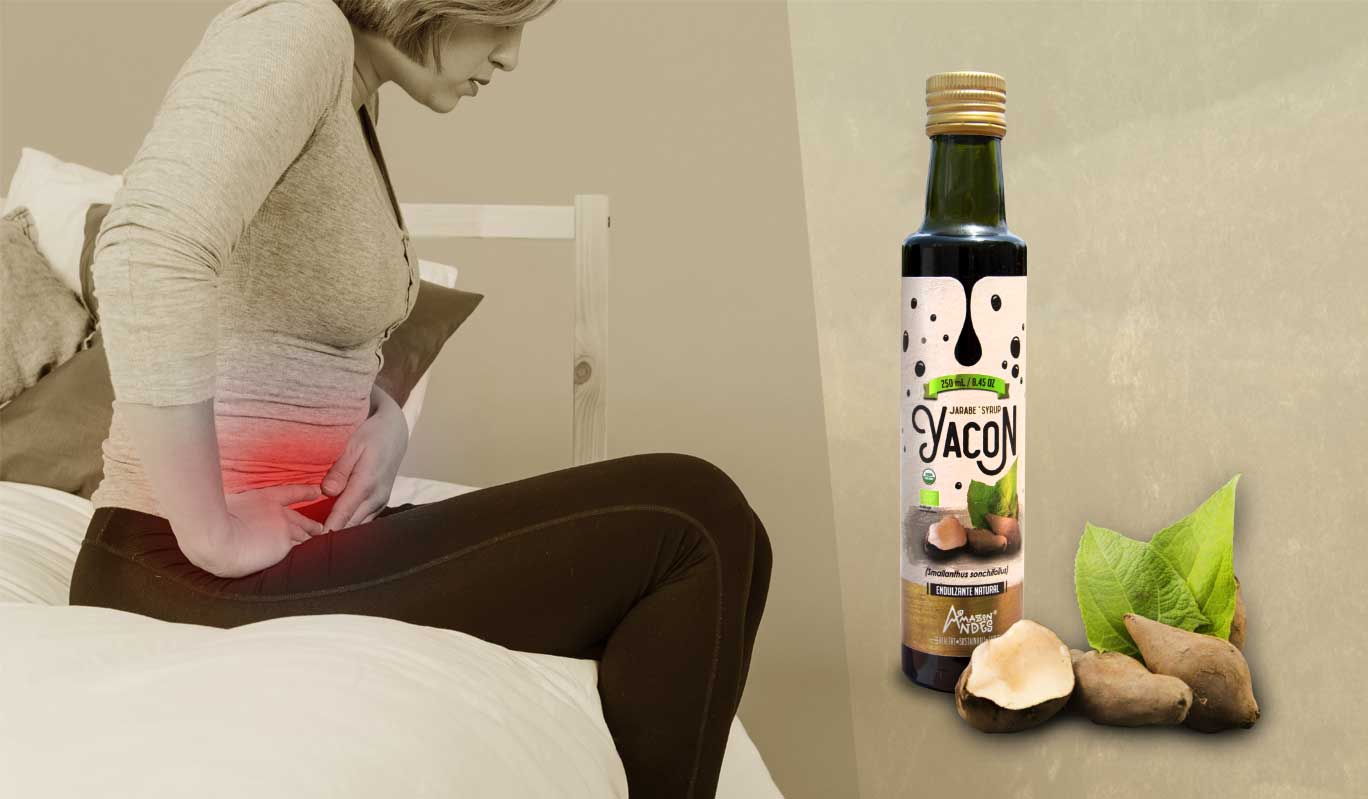 Its scientific name is Smallanthus sonchifolius, it emerged approximately 4500 years ago. There are archaeological evidences (ceramics, textiles, remains of roots) on the use of yacon in Nazca cultures (500 BC – 700 AD) such as representations of roots in embroidery and phytomorphic in ceramics, Nazca (500 AD-700 AD) , Paracas (1500 – 500 BC) and Mochica (500 BC – 700 AD), on the Peruvian coast. The Indians highly esteemed it and consumed it in regular proportion on the feast of Corpus Christi. Even yacon remains have been found in pre-Inca tombs. During the colonial era, the Spanish used it as food for sailors during the voyages of conquest.

Since pre-Hispanic times the yacón was one of the most harvested tubers after corn and potatoes, it was eaten as a refreshing fruit during tired agricultural days, this renowned Andean food grows at heights between 900 to 2,750 masl. Some traditional uses are known, such as:
• Maintains optimal blood sugar levels
• Skin rejuvenator
• Improves digestive health
• Sugar substitute
• Low calorie food
• Favors weight loss
• Bone strengthening
• Lowering cholesterol levels

IT’S SWEET BUT IT DOESN’T RAISE SUGAR IN THE BLOOD:

It is considered the most abundant plant source of fructooligosaccharides (FOS) in nature. These carbohydrates taste sweet but are not metabolized by the human digestive tract, so their calorie intake is quite low and they do not raise blood sugar levels.

IDEAL FOR PEOPLE SUFFERING FROM DIABETES:

Diabetes mellitus is a chronic metabolic disease whose main characteristic is chronic hyperglycemia (high levels of glucose in the blood), studies confirm that yacon contains sesquiterpene lactones that are antidiabetes agents, lowering glucose levels.
Likewise, it is said that the consumption of yacon stimulates the functioning of the pancreas, unlike other tubers, this food of great benefits increases the insulin production of the pancreas, reducing blood sugar levels and allowing caloric expenditure to decrease. get it from other sources like protein and fat.

BENEFICIAL EFFECT FOR THE MICROFLOWER OF THE STOMACH AND COLON:

It is considered the most abundant plant source of fructooligosaccharides (

IT’S SWEET BUT IT DOESN’T RAISE SUGAR IN THE BLOOD:

The yacto fructooligosaccharides (FOS), considered as prebiotics, are associated with their ability to modify the composition of the colon microflora, also called probiotic components, which favor the growth of beneficial flora and inhibit that of pathogenic bacteria such as Escherichia coli, Shigella or Salmonella. Likewise, they are said to stimulate immune function and the synthesis of certain vitamins. Probiotics have the ability to inhibit the proliferation of harmful bacteria in the colon, as these bacteria produce toxins and potentially neoplastic substances.

HELPS IN THE ASSIMILATION OF CALCIUM: STRENGTHENING OF BONES

Thanks to its present compounds called oligofructans, according to studies, they promote the assimilation of calcium, reduce the level of cholesterol, help in strengthening the immune system and can decrease the risk of developing colon conditions.

Studies affirm that it contains polyphenols with antioxidant activity, which are inhibitors of free radicals, substances that produce degenerative diseases. Recent studies found a considerable amount of antioxidants, in the form of flavonoids and polyphenols in the roots and also in the leaves.

The effects of consuming yacon as a dietary supplement have been analyzed in normal rats, a product that was well tolerated and did not cause negative responses, toxicity or adverse nutritional effects.
However, in high doses they can produce flatulence and abdominal pressure, and in extreme cases cause diarrhea.

For direct use it is recommended to consume a tablespoon of yacón syrup (5mL), 3 times a day. 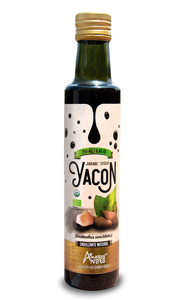