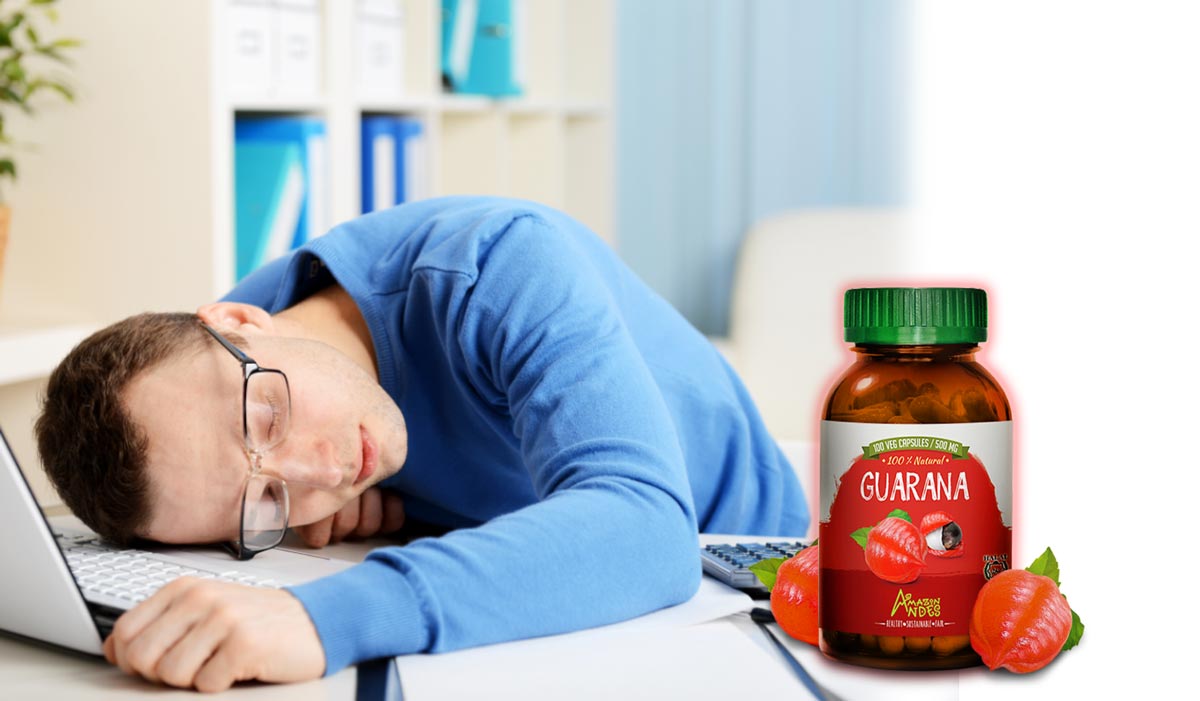 Its scientific name is Paullinia cupana, guarana is one of the best-known native species of the biodiversity of the Brazilian Amazon, as well as being of great economic value. The tree where it grows is called guaranazeiro.
The name guarana derives from an indigenous legend of a tribe called Guaraní. The indigenous Brazilians use guarana in the manufacture of drinks from the ground seed, to quench thirst, hunger and tiredness, also finding other therapeutic and medicinal applications.
Guarana seed contains high concentrations of caffeine, from 6 to 8% and tannins, and in smaller amounts theophylline and theobromine.

Indians use the powder obtained from the guarana fruit, as it can cure many diseases, it has been shown that it can reduce heart attacks, increase memory retention and improve physical performance.

The methylated xanthines present in guarana are stimulants of the central nervous system, with caffeine having the most powerful action.
Caffeine works by binding to adenosine receptors, increasing alertness in the individual, thus promoting an improvement in the association of ideas and intellectual activities, greater resistance to fatigue and a feeling of well-being (KUSKOSKI. Et al; 2015 ).

Its polyphenols have been related to a decrease in lipid peroxidation, and may help prevent the formation of atheroma plaques (Portella et al .; 2013) In addition, it has been suggested that the combination of caffeine and catechins has an activity that inhibits platelet aggregation. , being beneficial to decrease the risk of cardiovascular diseases (Subbiah and Yunker; 2008)

Its polyphenols have been related to a decrease in

Most of the therapeutic properties of guarana, such as its antioxidant capacity, are attributed to high concentrations of phenolic compounds (tannins, among others), which have a retarding effect on cells. (KUSKOSKI. Et al; 2015)

It has been shown by Espinola et al., That after the intake of a dose of 0.3 mg / mL of guarana, a significant increase in the physical capacity of rats subjected to a stress situation is observed, in periods of 100 and 200 days of treatment. (KUSKOSKI. Et al; 2015)
An improvement in cancer-induced fatigue, both physical and mental, has also been described thanks to the consumption of guarana (Oliveira Campos et al. 2011)

Aqueous extracts of guarana orally and parenterally have been shown to inhibit platelet aggregation (a part of the blood, clump together and cause blood clotting) and reduce thromboxane synthesis (which plays an important role in formation of the clot) both in vitro and in vivo. (KUSKOSKI. Et al; 2015).

It is recommended to consume 3 capsules per day, before or during the meal 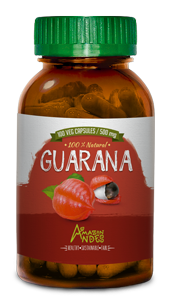 Analysis was made in groups of animals treated with guarana with doses of 2000 mg / kg (vo) and 1000 and 2000 mg / kg (ip), which did not present significant differences compared to control groups in parameters such as urinary frequency, defecation, piloerection, motor activity, tremors, seizure, muscle tone, posture, loss of reflexes, lacrimation and salivation. (KUSKOSKI. Et al; 2015)